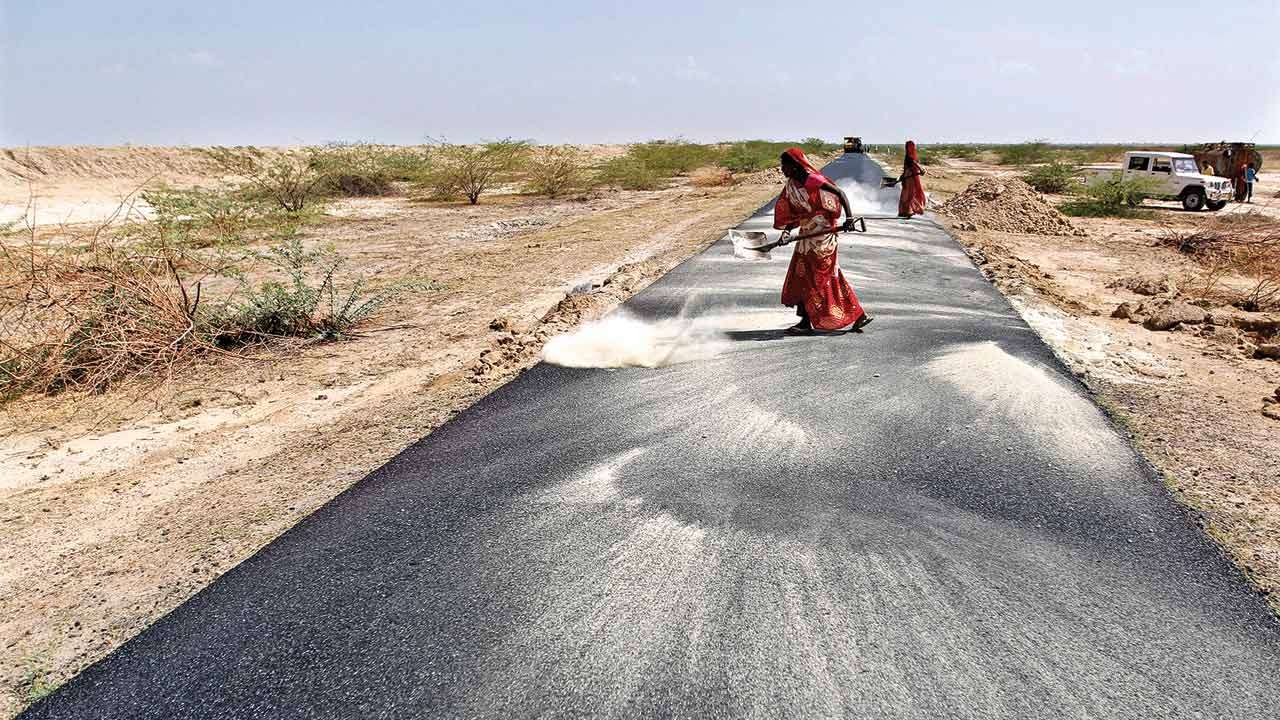 The government’s plan to reduce mandatory land acquisition threshold limit before commencing a national highway project will certainly boost the pace of awarding of contracts, but at the same time may also increase the total number of stuck projects apart from funding challenges that may follow suit.

As per a recent proposal pending for approval with the Ministry of Road Transport and Highways (MoRTH), the minimum land required to put a road project into bidding process may be reduced to 50% as against the current criteria of a minimum 80% land acquired. In other words, even if lesser land has been acquired or available that is above 50% of the total land needed for a project, the government may opt to kick-start a project by putting up national highway’s construction or road widening works up for grabs.

The proposal, however, is awaiting a formal nod from the government. This measure, if approved, will certainly help the government in achieving the target by awarding road contracts under the ambitious Bharatmala Programme.

On the subject, Jagannarayan Padmanabhan, director, Crisil Infrastructure Advisory, said, “If it happens, we will see an uptick in projects being awarded by MoRTH, but that doesn’t guarantee all such projects will get completed. It may bring back the same set of issues due to which the projects had got stalled during the earlier years. The more complex a project and lesser the land available, it would mean more road developers preferring to stay away from participating in the bidding process.”

Already, most of the developers have good number of projects in their order books that they are working to complete, and the latest proposal may result in a much more cautious approach by the developers while bidding for the project.

“Earlier there was no minimum land acquisition criteria set, which led to several road projects getting half done or stuck as the land required to finish the projects wasn’t available or acquisition faced opposition from the locals. This was why the government came up with 80% benchmark to ensure highway projects do not get stuck once again and construction momentum continues. Reduction in the land acquisition limit will have its own set of disadvantages as no road developer would want a project that has uncertainty over land acquisition,” said a road developer.

Earlier, when there was no minimum land acquisition criteria set, the average land available with the government to start a road project varied between 60% to 75%. However, even this range wasn’t adequate to ensure that projects were not stalled mid-way.

This time around, the government is confident in view of higher land acquisition compensation being given out. On few occasions, Minister for Road Transport & Highways Gadkari had said that people are not objecting to part with their property due to high compensation amount involved. However, he has also shared that hurdles posed due to complexities of land acquisition will not only result in project delays but also increases the project cost.

In fact, in June while reviewing all the under construction national highway projects, Gadkari said that the projects facing hurdles due to land acquisition has been affecting the project schedule. According to him, land acquisition remains a ‘big task’.

Not just road developers, but even lenders may become more cautious in advancing loans for projects on concerns of increasing risk.

Manish Agarwal, leader, capital projects & infrastructure, PwC India, told DNA Money that, “The developer and lenders have been asking the government to increase the limit of land acquired prior to to tendering. Developers want the benchmark to be above 90% and lenders are asking for 100% land availability. If the limit is relaxed, financial difficulties may come into the picture.”

Already, certain road projects bid out under Hybrid Annuity Model, in the last couple of years, are facing challenges in achieving the financial closure. The reasons vary in each case, but reduction in the land availability limits would make it tougher to achieve the financial closure. At the moment, there are about 23 road projects that are delayed due to land acquisition related problems.

56 National Highway projects stalled due to want of financial closure

Rs 6,45,199 crore Worth of total projects under construction