Mint: When promoters make up locations to lure buyers

Mumbai’s builders, starved of upscale locations, have taken a leaf out of Frank Underwood’s book, naming projects in a way suggesting proximity to more impressive addresses 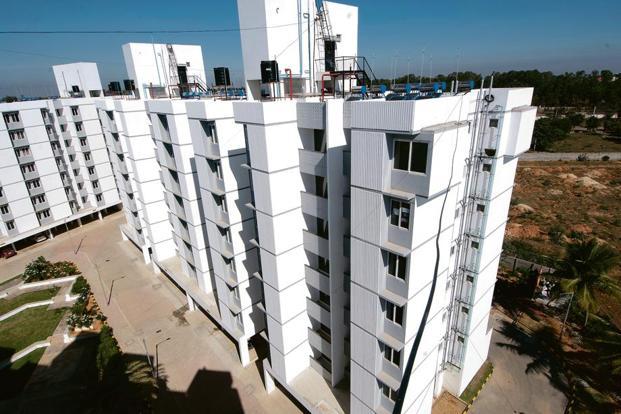 The strategy is widely adopted in Mumbai to leverage the premium that certain locations command, bring more visibility and attract certain buyers.

Mumbai’s builders, starved of upscale locations, have taken a leaf out of Underwood’s book, naming projects in a way suggesting proximity to more impressive addresses.

So, we have Upper Juhu, Upper Worli, Upper Thane, New Cuffe Parade, New BKC and Gateway to BKC—projects coming up close to (and occasionally far removed from) posh localities.

The strategy is widely adopted in Mumbai to leverage the premium that certain locations command, bring more visibility and attract certain buyers.

Mumbai-based Rustomjee Group markets its ongoing luxury project ‘Elements’ at D.N. Nagar, Andheri, as Upper Juhu. The term has been drawn from its neighbouring Juhu, home to many Bollywood actors.

“We cannot technically call the location Juhu, but this is a way to communicate to our customers that the project is located just next to Juhu,” said Kaizad Hateria, brand custodian and chief customer delight officer, Rustomjee Group. He denied it is a marketing gimmick that could mislead homebuyers.

Lodha Group, India’s largest real estate firm by sales, has come up with several new addresses in the city.

In Lower Parel, a crowded neighbourhood with offices, the Mumbai-based firm is building few of its largest luxury residential projects, including the Trump Tower and The World Towers.

To market these projects, Lodha has used a new terminology, Upper Worli, riding on the premium of neighbouring Worli locality.

It has floated names like New Cuff Parade, which is actually in Wadala, and Upper Thane, a township in faraway Bhiwandi. Tata Housing Development Co says its project Amantra is located at New BKC. BKC here refers to the Bhiwandi-Kalyan Corridor, which is more than an hour’s drive from the original financial hub of BKC (Bandra-Kurla Complex).

Ahuja Construction calls Sion, close to BKC where it is building its luxury project O2, as Gateway to BKC.

Spokerspersons of Lodha Group and Tata Housing have declined to comment on the strategy behind such initiatives.

“Developers try to maximise clients’ attention in the least amount of words. Creating such proximal perception of a project is not uncommon,” said Prakkash Rohira, a Mumbai-based broker.

Today’s homebuyers are cautious and fully aware of what and where they are buying into, he said.

HT: Houses to get dearer as Maharashtra govt decides to levy 1% surcharge on stamp duty