Mumbai Mirror: After 8 years, no end to residents’ wait for homes

More than 250 families of Rangwala Compound, a cluster of six chawls which are over 80 years old, in Saat Rasta, Byculla, are up in arms against their developer, Neelkamal Realtors, for an eight-year delay in giving possession of their new homes in this redevelopment project, forcing them to live in dilapidated transit accommodations.

Agripada police had to rush into the Rangwala Compound and calm down tempers after more than 100 residents staged an angry protest when developer’s representatives failed to turn up for a scheduled meeting on Wednesday evening to discuss and resolve their grievances. Irate residents had blocked the entry of vehicles to the project site. The police pacified the residents and urged them to raise their concerns before the Bombay High Court, which is hearing the case.

“How long can people suffer like this? The developer got NOC from Mhada in December 2008. In 2010, consent terms were signed, and the developer agreed to give possession within 24 months by April 2012, but it’s July 2018, and we are still waiting for our homes. The developer has built a 22-storey rehab tower, but several promised amenities such as lifts, water tank, parking space, garden, and power substation are yet to be completed. So we cannot move in,” said Yawar Hussain Oomatia, who has been spearheading the tenant’s legal fight to get justice.

Sixty per cent of the families vacated their chawls in 2010 and have been living in rented premises. since then. They have been complaining of irregular transit rent and difficulties in moving house every 11 months. “About 40 per cent of 250 families are staying in transit camps built by the developer. They were built for temporary accommodation for 22 months, but now they are not in a habitable condition. Vibrations from a moulding workshop on ground floor have been further weakening the structure,” said Rehan Ansari, another resident.

Tenants continue to stay in two of the six original chawls in Rangwala Compound despite their dilapidated condition. “Just look at how we are living in the shadow of death. Walls are crumbling. The developer is not ready to repair this. We refused to move out because the developer has still not signed an agreement for permanent alternative accommodation. Tomorrow, if we vacate and the developer doesn’t allocate our home, where will we go?” said 48-year-old Sangeeta Gurav, whose textile mill worker father, was allocated the 10x 10 tenement.

After the tenants moved a writ petition in 2017, the developer in his affidavit promised possession in the rehab tower by April 2018. “It’s been three months after that, but there is no sign of him completing the work whereas work is smoothly on for the three sale component buildings,” said Oomatia.

When contacted, a spokesperson for Neelkamal Reactors, which is part of the Vinod-Goenka Shahid Balwa promoted DB Realty, said the company was in the process of complying with BMC-imposed conditions to obtain occupancy certificate, but it had paid rent for the delayed three-month period. Asked why transit rent due from July 1 has been delayed, the spokesperson said, “The payment of the transit rent for the further three months is in process. Amounts would be credited by early next week.”

Regarding the dilapidated condition of the transit camp and two chawls, the spokesperson said the company had appointed a structural consultant who certified that the column beams and slabs were in sound condition and repairs were carried out. “The building is safe and habitable. As regards the dilapidated structures, MHADA has already issued notices to vacate the occupants; however, the occupants are continuing to stay at their own risk. We have also tried to plead with them to move out in transit or on rent,” the spokesperson said. 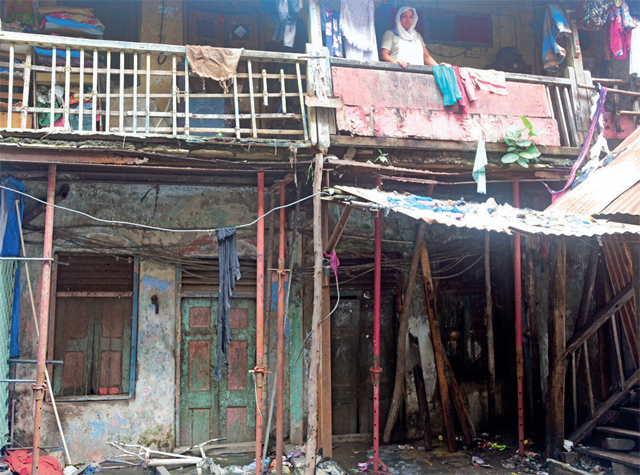 HT: Houses to get dearer as Maharashtra govt decides to levy 1% surcharge on stamp duty

The Indian Express: Wait for MHADA lottery gets longer; 1,194 homes on cards.